Though the movie Rudy was shot over the course of several weeks, it was during halftime of Notre Dame’s 1992 game against Boston College that the famous final scene was filmed. After the Fighting Irish and Eagles went to their respective locker rooms, the movie’s film crew and actors emerged to re-create the 1975 game between Notre Dame and Georgia Tech, in which Rudy Ruettiger (‘76), a 5-foot-6 walk-on registered a sack in the final play of his college career. Starring actor Sean Astin, Rudy was the first movie to be shot on campus since Knute Rockne, All American in 1940. Rudy premiered on Oct. 13, 1993, and is widely regarded as one of the best sports films ever made.

Several scenes were shot at the Joyce Center, including training room scenes and the moment Rudy learned he had made the football team.

BEHIND THE SCENES PHOTOS 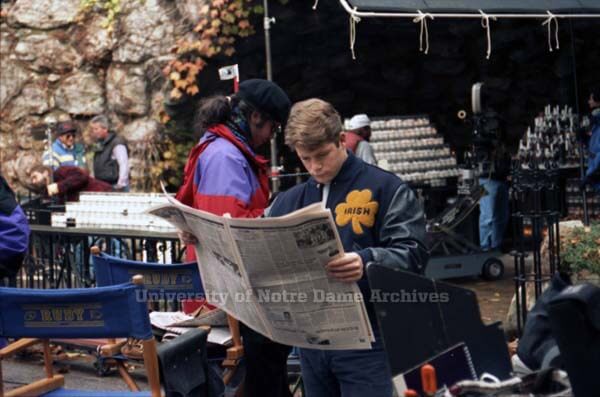 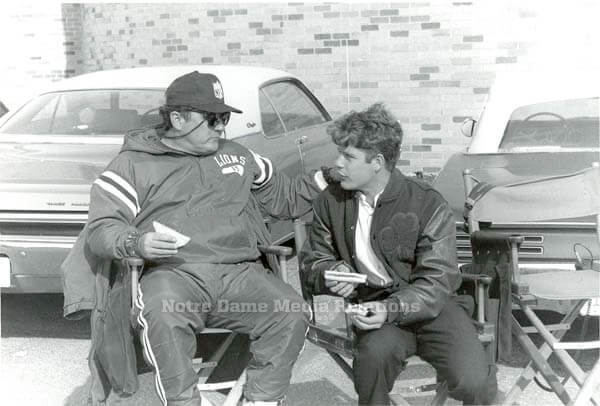