NOTRE DAME, Ind. -- It was a historic night inside Purcell Pavilion on Jan. 18, 2018, as the No. 5 University of Notre Dame women's basketball team completed its largest comeback in program history in an 84-70 victory over No. 6 Tennessee. 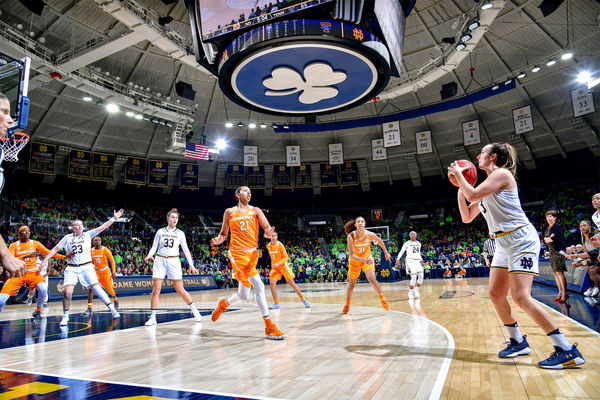 "That was an unbelievable win. I'm so proud of this team right now because of their fight," Karen and Kevin Keyes Family Women's Basketball Head Coach Muffet McGraw said. "Really needed to respond after Louisville and had something to prove tonight. We got down 23 and continued to fight and continued to compete. The difference in tonight's game was our second-half defense."

Notre Dame's rally equaled the second-largest comeback of any Division I NCAA women's basketball team over the last five seasons.

How It Happened
The Irish entered the second quarter trailing the Lady Vols 27-10, but Notre Dame strung together a 13-2 run over the final 6:39 to cut Tennessee's lead to 39-27. Arike Ogunbowale accounted for eight points during the run. Kristina Nelson's defensive play off the bench sparked the Irish, which sent the Vols on a scoring drought that lasted nearly six minutes. Notre Dame closed the first half on a 10-0 run, cutting the deficit to 12 points with the score at 39-27.

Notre Dame's defense did not allow a Lady Vols point until the 9:01 mark of the third quarter. Next, the Irish rallied with yet another run, outscoring Tennessee 13-7 over the final four minutes of the third. Five Notre Dame players scored in the quarter, but the Vols led, 60-50, after three.

The Irish then played their most complete quarter of the season in the fourth as Ogunbowale's 13 points and four rebounds spurred Notre Dame's comeback. The Irish shot 60 percent in the final period, including going 3-for-3 from three and 7-for-7 from the stripe, all en route to a 12-0 run. Just one minute later, the Irish went on a separate 14-0 run as Notre Dame ultimately outscored Tennessee 34-10 in the fourth quarter, completing a 37-point swing and rallying to win, 84-70.

Player of the Game
Arike Ogunbowale led the team in points (27) and rebounds (eight). Ogunbowale's performance was her 13th game of the season of 20-plus points, which continues to lead all players in the ACC. 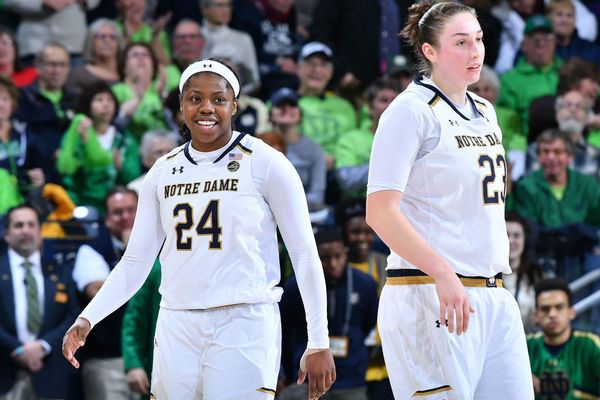 Ogunbowale led the way late, tallying double-digit points (13) in the fourth quarter for the fifth time this season.

In three career games against Tennessee, Ogunbowale has averaged 18.3 points per game.

Stat of the Game
The Irish completed their biggest comeback in program history, clawing their way back from a 23-point deficit and ultimately using a 37-point swing to defeat the Vols. Notre Dame's rally surpassed its previous program record comeback of 18 points versus Duke in 2011.